Marijuana Legalization: A fresh survey found that majority of people in United states now supports to Legalize Pot. The pot prohibition law now seems going up in smoke, as a majority of Americans support the legalization of marijuana for the first time in recent history, according to a recent survey.

Researchers asked 1,680 people whether they thought marijuana should be made legal.

“We’ve been measuring public attitudes toward legalization of marijuana since the ’70s,” Tom W. Smith, director of the GSS, said in an interview with Yahoo News. “In 2012, you had a plurality of Americans against legalization. Now, in 2014, you have a majority in favor of legalization.” 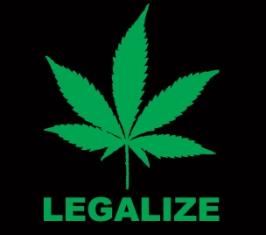 The Washington Post, which first reported on this new data, points out that the drastic change resembles America’s evolving opinion on gay marriage — and there has been a drastic change in the past few years.

Smith notes that the percentage of undecided respondents on the question of marijuana has been relatively high over the past decade.

“It shows how attitudes are in flux. They’re just not sure,” Smith said. “They might think medical marijuana is OK but not further than that.”

He suggested that some Americans may need to weigh the longstanding reputation of cannabis as a gateway drug with the reality of recreational use in Colorado, Washington State, Alaska, the District of Columbia and (this July) Oregon.

Back in 1973, the first year of the survey, only 19.2 percent of Americans supported legalization. That figure bottomed out at 15.6 percent in 1987 but has climbed more or less steadily ever since.

Morgan Fox, communications manager for the Marijuana Policy Project, says that Americans are tired of laws that punish adults for enjoying a substance that many argue is safer than alcohol.

“Hopefully their elected officials are paying attention and preparing for the inevitable,” Fox said in a statement. “The failures of marijuana prohibition are too obvious to ignore forever, which is evidenced by the growing support for ending it.”

GSS is an in-person survey of adults, who speak either English or Spanish, living in households in the United States.

A recent study released in Washington shows that a huge tweeps supports to IS, over …