SAP SE:  The Enterprise Software Corporation will layoff around 3 percent of its overall staff and will create same number of jobs for expanding parts of the company. SAP SE will cut about 2,250 posts, or around 3 percent of its global workforce, while creating a similar number to focus on expanding parts of the company, as it accelerates a push to sell its products via the Internet.

“In principle this is a continuation of the (company’s response to) changes in market circumstances,” Ries said, adding the cuts were not part of a cost reduction plan but a refocusing of the company. 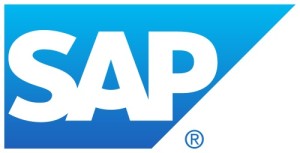 He said SAP expects to create about 2,200 jobs this year in growth areas such at its cloud business, its in-memory database Hana and Concur, the expenses software maker it bought last year for $7.3 billion.

SAP has launched a high-stakes overhaul of its core software line, aiming to convince major corporate customers that its software can run their most critical applications to predict business conditions.

Established software makers such as SAP are battling to boost internet software sales and fend off pure cloud-based rivals such as Salesforce.com and Workday.

SAP workers in Europe can make use of voluntary leave arrangements. In Germany, France, the United Kingdom and the United States, SAP will in addition be offering early retirement.