Children in California were found to experience improved lung function as levels of air pollution in the state declined between 1994 and 2011.

“We saw about a 10-percent improvement in the amount that children’s lung capacity grew over a four-year period,” said Jim Gauderman, professor of preventive medicine at the University of Southern California.

“We have seen dramatic improvements in air quality in Southern California, and this study demonstrates that it has resulted in substantial improvements in children’s respiratory health,” Gauderman was quoted as telling Live Science. 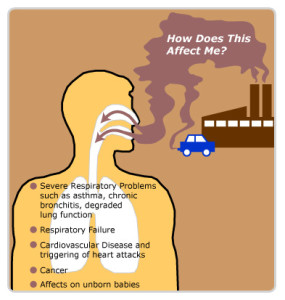 The reduced emissions from cars, trucks, trains and ships, along with lower levels of industrial pollutants produced beneficial effects on the teens’ lung function.

The health improvements seen in the teens were most closely linked to lower concentrations of nitrogen dioxide and particulate matter, whereas the changes were linked to a lesser extent with ozone, Gauderman explained.

The study appeared in New England Journal of Medicine.

Previous South Sea: China calls to take down unauthorised planes
Next McDonald’s to discontinue the practice of chicken farmed with antibiotics