A recent study found at over 1 Bn young men & women are at a risk of hearing loss due to loud music.  It is the third most common health problem in the U.S. It’s also on the rise with nearly 36 million Americans now reporting lost hearing. When hearing goes, it may affect quality of life and relationships.

World Health Organization reported Friday that 1.1 billion teenagers and young adults are at risk of hearing loss because of unsafe use of personal audio devices like smartphones.

WHO officials said unsafe levels are considered exposure to volumes above 85 decibels for eight hours or 100 decibels for 15 minutes.

Dr. Theodore Benke with Benke ENT Clinic, audiology and hearing center in Cleburne, said this is a silent epidemic because kids don’t understand how dangerous it is to listen to music at high levels. 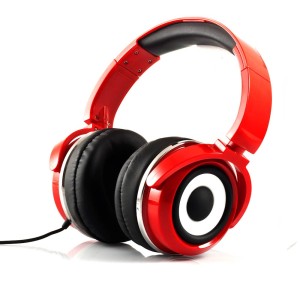 “There are three issues here. The first is the sheer volume issue, second is time of noise exposure and third is the issue of earbuds that admit more sound,” he said.

Benke said 1 in 5 teenagers are diagnosed with hearing loss. According to the Centers for Disease Control and Prevention, an estimated 12.5 percent of children and adolescents aged 6-19 years (about 5.2 million) and 17 percent of adults aged 20-69 years (about 26 million) have suffered permanent damage to their hearing from excessive exposure to noise.

Sound vibrates tiny bones in the ear which in turn vibrate the hair cells inside the cochlea, Benke said.

“Loud noises can permanently damage the hair cells causing hearing loss. The louder the sound the more damaging it is,” he said.

Ask if this is something people could eventually adapt to, Benke said he doesn’t think they can.

Dr. Etienne Krug, WHO director for the Department of Management of Noncommunicable Diseases, Disability, Violence and Injury Prevention, said the more young people go about their daily lives and listen to music at unsafe levels the higher the risk of hearing loss.

“They should be aware that once you lose your hearing, it won’t come back. Taking simple preventive actions will allow people to continue to enjoy themselves without putting their hearing at risk,” Krug said.

Benke recommends that people listen up to 60 percent of the max volume on their devices, consider reducing the time of exposure and wear ear protection when operating heavy machinery or going to loud venues.

“It’s a noisy world and we need to protect ourselves,” he said. “I think we know better now. We’ll get men who worked on the railroads a long time who didn’t wear any ear protection who wish they would have known about the danger of what loud noise does to our ears.”