Marijuana seized: About $1.7M worth and 1,700 pounds of marijuana was found in a man’s semi-truck after a Official of Department of Public Safety Caught him over early Tuesday morning, according to a DPS press release.

The officer pulled over 64-year-old Nathaniel Fripp, from Lithonia, Ga., around 1:12 a.m. for a traffic violation and became suspicious during the stop, the statement said.

After getting permission, the officer searched the trailer, opened boxes stored inside and found 1,658 pounds of marijuana, according to DPS. 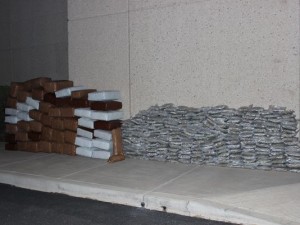 The traffic stop occurred outside of the metro Phoenix area, according to DPS. The agency declined to give further information.

Malaysia will redesign plan if MH370 not discovered