Uber, Inc: Uber has closed its controversial service uberX in South Korea on Friday. Ealier Government authorities said this service as illegal back in January.

Anyone with a car can act like a taxi driver through uberX. No commercial license is required. It’s Uber’s least expensive service.

Government officials in South Korea’s capital of Seoul ruled this type of arrangement illegal back in January, according to a Reuters report. The city is offering people monetary rewards up to 1 million won, or $910, for turning in non-commerical drivers. Many cities abroad and in the U.S. have also banned uberX because the service allows non-commercially licensed drivers to transport passengers.

“We are suspending uberX, our ridesharing platform, and operate UberBLACK as prescribed by current law. This decision was made as part of a proposal to the Taxi Industry,” Uber posted on its blog. “We stay committed to cooperate to reach a compromise with the City and Taxi Industry, and look forward to working together to bring regulated options to Seoul.” 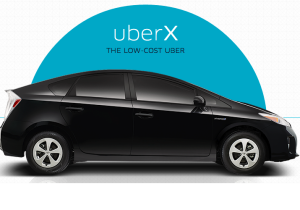 Uber’s other services — Black and Taxi -— will continue to operate, according to the statement.