A recent study released in Washington shows that a huge tweeps supports to IS, over 46 thousand twitter handles are linked to supporters of Islamic State (ISIS). The study released Thursday by the Brookings Institution found that even though many accounts were suspended by the messaging platform, the numbers remained high.

“From September through December 2014, the authors estimate that at least 46,000 Twitter accounts were used by ISIS supporters, although not all of them were active at the same time,” the report said.

Authors JM Berger and Jonathon Morgan said analysis of the social media efforts of the militant Islamic group also known as ISIS needs to go beyond the core leadership.

“Previous analyses of ISIS’s Twitter reach have relied on limited segments of the overall ISIS social network,” they wrote in the report commissioned by Google Ideas. 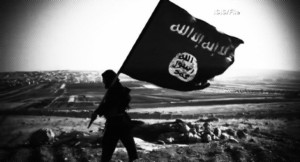 “The small, cellular nature of that network — and the focus on particular subsets within the network such as foreign fighters — may create misleading conclusions.”

Analysing the location embedded in the tweets, the researchers found the largest number of ISIS supporters in Saudi Arabia, followed by Syria, Iraq and the United States. Nearly one in five of the IS supporters tweeted in English, they found, with three quarters tweeting in Arabic.

The supporting accounts had an average of about 1,000 followers each, higher than most Twitter users. Accounts that tweeted most often and had the most followers were most likely to be suspended.

The authors said social media companies and the US government “must work together to devise appropriate responses to extremism on social media.”

They noted that “although discussions of this issue often frame government intervention as an infringement on free speech, in reality, social media companies currently regulate speech on their platforms without oversight or disclosures of how suspensions are applied.”

Twitter said this week it was working with law enforcement officials on unspecified threats, amid reports that the social network had been targeted for blocking accounts linked to the Islamic State.

A page on the online bulletin board Pastebin showed an image of Twitter founder Jack Dorsey in what appear to be the crosshairs of a rifle scope and a message in Arabic.

SITE Intelligence, a US group that monitors jihadist threats, said the post was made by Al-Nusra Al-Maqdisiya, a pro-Islamic State media group.

A translation of the message by SITE said that Dorsey and Twitter are now being targeted by Islamic militants for suspending certain accounts.

“You began this failed war, and we have told you from the beginning that it is not your war! But you did not understand. You shut down our accounts and we quickly return, but when our lone lions shut down your breathing there will be no return!” the message said.

Previous Over 700,000 US Vehicles Recalled for Defective ignition
Next Sony Virtual Reality Headset to Hit the Market Early Next Year

A Recent report of IHS, the leading global source insight, analytics and expertise in critical …