A recent study of WaterAid international organization which helps in improving access to safe water, hygiene and sanitation, has revealed massive figure of over 800,000 women die every year owing to lack of clean water and safe toilets.

According to the report, the diseases spread through dirty water and poor sanitation are the fifth biggest killer of women worldwide after heart disease, stroke, lower respiratory infections and chronic obstructive pulmonary disease.

The report claims that dirty water kills more than AIDS and breast cancer. The researchers came to this conclusion by analyzing data from the Seattle-based Institute of Health Metrics research center. 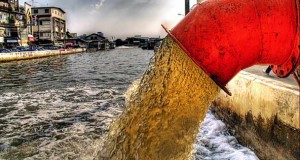 WaterAid CEO Barbara Frost said, “This completely unacceptable situation affects women and girls’ education, their health, their dignity and ultimately, in too many cases, results in an early and needless death”.

Dirty water and poor sanitation create problems such as maternal and child mortality. In developing countries many women deliver babies at home without access to clean water and expose exposing themselves and their babies to infections.