Home Business Prices slashed for Crude Oil in Asia, on strong US Dollar

Prices slashed for Crude Oil in Asia, on strong US Dollar

“As the US dollar continues to rally today, the demand for oil will fall and it is hard to see any respite to the oil market at the moment,” David Lennox, resource analyst at Fat Prophets in Sydney, said.

The US dollar bought 120.92 Japanese yen in Asian trade on Monday, up from 120.78 yen late Friday after the release of the February US jobs report. It stood at 120.14 yen on Thursday.

Despite bad winter weather, the world’s largest economy added 295,000 jobs in February and the unemployment rate fell to 5.5 per cent, the lowest level since May 2008. 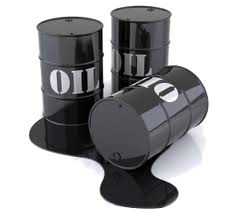 Crude prices lost about 60 per cent of their value to about $40 between June and late January owing to an oversupply in world markets, a weak global economy and a strong dollar.