Solar Plane: In first of its kind one of the first flight of solar plane takes off for around the world on Monday. Swiss pilots are embarking on a trip around the world for the first time in history in a solar-powered airplane. Solar Impulse creators and pilots Bertrand Piccard and André Borschberg are heading the journey and plan to replace the old technologies which are polluting the current airways. The journey will begin in Abu Dhabi, in the United Arab Emirates. 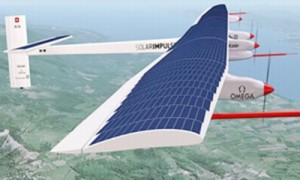 Borschberg will trade off piloting with Piccard during stop-overs. Some legs of the trip, such as over the Pacific and Atlantic Oceans, could mean five or six straight days of flying solo.

The duo plan stops in Oman, India, Myanmar and China, before heading across the Pacific Ocean to Hawaii.

After Hawaii, they head to Phoenix, AZ, and New York’s biggest airport, John F. Kennedy International. The path across the Atlantic will depend on the weather, and could include a stop in Southern Europe or Morocco before ending in Abu Dhabi in late July.

Previous PostPrices slashed for Crude Oil in Asia, on strong US Dollar Next PostAmazon partners with Alibaba on TMall store 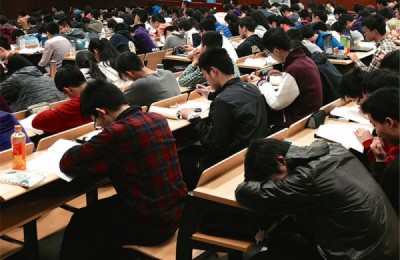 Study finds Lack of Education may Shorten Your LifeSpan