US Job Market is strengthening as per a report released on Monday, the cost of crude oil sold by Brent dropped to 59 USD per barrel. This was due to the latest report on the job scenario in the US. As a consequence of the report, the cost of the Dollar increased, in spite of political issues and reports that Iraq and Libya may reduce their oil output.

The report stated that unemployment in the US was at its lowest since the first five months of 2008. This saw the dollar rise to its highest point in 11 years. This has in turn made it expensive for other countries when it comes to commodities purchase. 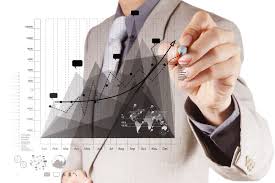 Goldman Sachs (GS.N) said in a note that oil prices would reverse recent gains on rising global inventories, with U.S. crude expected to drop to around $40 a barrel.

Oil prices rose by almost a third between January and February on the back of Middle East supply disruptions, strong winter demand and high refinery margins.

But the focus is now on the dollar, analysts said.

“The U.S. dollar is continuing to strengthen. In the short-term it’s more about the dollar than anything else,” said Ben LeBrun, market analyst at Sydney’s OptionsXpress.

U.S. economic data to be released on Tuesday could lead to a further strengthening of the U.S. dollar which would be negative for commodities including oil, said LeBrun.

He said geopolitical issues in North Africa and the Middle East “are all playing second fiddle to the U.S. dollar”.

Goldman said in its note that “absent further unexpected OPEC disruptions, we expect Brent oil prices and timespreads to reverse their recent strength”.

Members of the Organisation of the Petroleum Exporting Countries (OPEC) should not cut output to “subsidize” higher-cost shale, OPEC Secretary-General Abdullah al-Badri has said.

In Libya, up to 10 foreign workers are missing in the latest attack on the country’s oil fields by Islamist militants and there is a possibility they have been taken hostage, Czech and Libyan officials said on Saturday.

Brent should trade within a range of $55.36-$63.04 this week, said Singapore’s Phillip Futures in a note on Monday.

U.S. crude should trade between $48.45-$55.02 although prices could move sharply upwards if the U.S. refinery strikes end this week, Phillip Futures said.

New Study Explains How Giant Pandas Can Afford To Be Vegetarian

After flushing ammunition down the airplane toilet, the pilot is taken under investigation