January poor sales resulted rise in wholesale inventories in US

Steep decline in January sales resulted with unexpected rise in US wholesale inventories. It would now take more than 5-1/2 years to clear the warehouses, which is highest level since 2009.

The situation would weigh on economic growth and economists believe jump in the ratio between inventory and sales is due to the plunge in crude oil prices.

If believed to chief economist Steve Blitz associated with ITG Investment Research in New York, the worst hit is the oil industry due to price collapse.

According to Commerce Department, the wholesale inventories increased 0.3 percent in January.

With sales falling 3.1 percent, the largest drop since March 2009, that means it would take 1.27 months to clear shelves – the most since July 2009. The inventory-to-sales ratio was at 1.22 months in December. 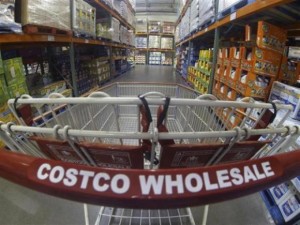 Economists had forecast wholesale inventories flat in January. With inventories instead rising, Barclays lifted its first-quarter growth forecast one percentage point to a 1.8 percent annualized pace. Forecasting firm Macroeconomic Advisers raised its estimate to a 1.7 percent pace from 1.5 percent.

Economic growth in recent months has been slowed by harsh winter weather as well as a now-settled labor dispute at West Coast ports and weak growth in China and Europe.

But with the labor market tightening, the cool-off in growth is likely to be temporary.

The survey of 716 small business owners found 53 percent reported hiring or trying to hire, up 5 percentage points, but 47 percent reported few or no qualified applicants for the positions they were trying to fill. Twenty-nine percent could not fill open positions, the highest level since April 2006.

About 14 percent cited the shortage of skilled labor as their top problem, the highest since September 2007.

“This is a clear signal that many small businesses are having a hard time finding qualified people for their job openings,” said Chris Christopher, an economist at IHS Global Insight in Lexington, Massachusetts.

“In addition, many small businesses may need to increase their wage and salary offerings. This is further evidence that some labor market tightening is happening.”

A separate report from the Labor Department showed job openings increased to 5 million in January, the highest reading in 14 years, from 4.9 million in December. With January’s report, the government revised the data back to 2010.

More people voluntarily left their jobs in January, pushing the quit rate – widely regarded as a measure of labor market confidence – back to its post recession high of 2.0 percent.

“Job openings and labor market confidence remain robust and reinforce the outlook for further labor market improvement in the months ahead,” said Jesse Hurwitz, an economist at Barclays in New York.

Many economists believe that tightening labor market conditions could prompt the Federal Reserve to raise interest rates in June. They expect the central bank could signal its intention by dropping a pledge to be “patient” in its so-called forward guidance at the end of its March 17-18 meeting.

The Fed as kept its short-term interest rate near zero since December 2008.

Social Security record show 6.5M in US are already 112