The new LaCie Mobile Drive comes with a reversible USB-C cable that can be plugged into Apple’s new and upcoming Macbook 2015. 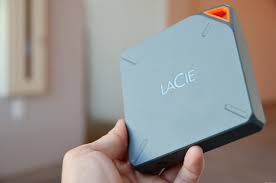 The external hard drive can transfer data quick with speeds of up to 100 MB/s, according to Mac Rumors, allowing Macbook 2015 users to copy, move or make a backup of their personal files with ease.

USB-C ports make plugging devices easy as both connector ends are reversible and identical. A user can just plug it in without the need to check if it is in the proper position.

LaCie, who is one of the major players in hard drives for Macbooks, made the Porsche Design Mobile Drive with a solid aluminum enclosure that is three millimeters thick; the look is very similar to the new Apple Macbook 2015 and other aluminum-based tech devices of the iPhone maker.

The new USB-C port hard drive will be available to consumers in the second quarter of the year. LaCie made the mobile drive in different storage capacities: 500GB, 1TB and 2TB capacities for users with larger storage needs.

LaCie’s new drive will not be exclusively compatible to USB-C devices. The company will be including an adapter for backwards compatibility with the previous USB 2 and USB 3 ports, according to The Verge.

However, unlike the new Macbook 2015, the new hard drive will only come in a silver color. The company did not announce the details on its price tag yet.