Target has gotten rid of 1,700 employees and another 1,400 are in pipeline while it undergoes a strategic shift in streamlining its business operations.

A week ago the retail giant house talked about cutting over 2,000 jobs over next two years while undergoing a $2 billion growth strategy.

Those employees who are shown the exit door would get fifteen weeks of pay. Spokesperson Molly Snyder said they are trying to reduce complexities to compete with rivals in the retail market.

That echoes what CEO Brian Cornell said at last week’s investor meeting in New York City, where executives outlined the company’s plans to become an organization that moves more quickly and fosters entrepreneurship as it regains its footing as a shopping destination. 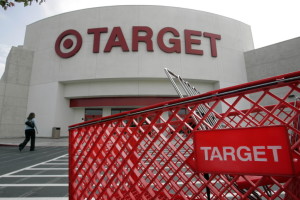 The company also plans to invest up to $2.2 billion in the next year strengthening key brand initiatives, including its digital experiences, supply chain management, style and wellness categories and opening more smaller format stores.

Target isn’t the only major retailer giving employees the boot as companies adjust to changing shopping habits. Macy’s and J.C. Penney are also letting go of thousands of employees this year as part of planned store closures. More than 1,300 store associates at Macy’s will be affected by 14 store closures this spring, which Macy’s announced in January related to broader plans for restructuring the business around what retailers call “omnichannel” experiences, or the way shopping is optimized across both the Web and stores.

J.C. Penney is closing 39 underperforming stores by April, putting thousands of employees out of work. Though associates at both companies have the option of trying to transfer to other stores.

Russia’s central bank wants to decreases their interest rate due to the economic forecast, saying …