Chancellor of the Exchequer George Osborne said Thursday that the U.K. has applied to join the Asian Infrastructure Investment Bank (AIIB). If accepted, Britain would be the first major Western country to become a member. 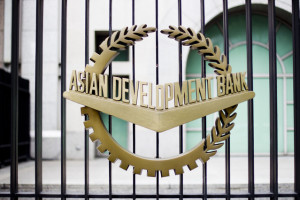 The China-backed AIIB, which helps finance infrastructure projects around Asia, is a major flashpoint in the battle between the U.S. and China for power in the Pacific.

Seeking to limit the organization’s effectiveness, the U.S. has encouraged allies in the region, including Australia, South Korea and Japan, not to participate.

It didn’t take long for the White House to voice its displeasure with the U.K.’s decision. An unnamed U.S. official, quoted in the Financial Times, said that Britain made the decision after “virtually no consultation” with the U.S. “We are wary about a trend toward constant accommodation of China, which is not the best way to engage a rising power,” the official said.

Prime Minister David Cameron has aggressively sought new trade deals with China, drawing fire from critics who say economic pursuits have forced the U.K. to temper its criticism of Beijing on political and human rights issues.

Critics say this dynamic was on display during last year’s pro-democracy protests in the former British colony of Hong Kong, where activists are locked in a battle with Beijing over how the territory’s elections will be conducted.

Last week, the Foreign Affairs Committee of the House of Commons released a report on Hong Kong that called for more assertive action by the British government. The committee said that Britain can and should take “an unambiguous position on its expectations for constitutional reform.”

Oil Market: Some previous report about oil market is recovering is appearing not so true …