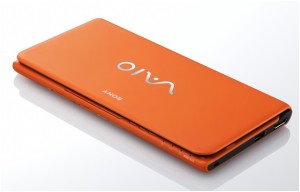 The Vaio VA-10J Phone smartphone has been priced at JPY 51,000 (approximately Rs. 26,350) for the unlocked model while consumers in Japan can also buy the handset at JPY 4,000 (approximately Rs. 2,070) which comes with unlimited data plans from the Japanese telecom carrier B-mobile. The Vaio smartphone is to go on sale in the market from March 20 and there has been no details on global availability of this smartphone.

The Vaio Phone (VA-10J) sports a 13-megapixel rear camera accompanied by an LED flash while there is a 5-megapixel front-facing camera also onboard. The rear camera can record videos at 1080p resolution.

The smartphone includes 16GB of inbuilt storage, which is further expandable via microSD card (up to 64GB). It is a single-SIM device and supports Micro-SIM cards. The Vaio VA-10J Phone will be available in just Black colour and runs Android 5.0 Lollipop with almost no customisations, according to Engadget Japan. It packs a 2500mAh non-removable battery offering up to 13 hours of talk time and 500 hours of standby time. It measures 141.5×71.3×7.95mm and weighs 130 grams. The Vaio Phone (VA-10J) supports 4G LTE apart from Bluetooth, GPS/ A-GPS, Wi-Fi, and Micro-USB.

Notably, the Vaio Phone (VA-10J) smartphone features an almost identical design to the Panasonic’s recently unveiled Eluga U2. As far as specifications go, the Vaio Phone comes with the exact same innards as the Panasonic Eluga U2, which was launched last month in Taiwan at TWD 7,990 (approximately Rs. 15,700). As yet, there is no information of its global release.