Apple Users who have been waiting for jailbreak of iOS 8.2 need to wait further as this latest version contains such patches that is designed to repair vulnerabilities.

Those using a jailbreak version of the iOS 8.1.2 are warned not to upgrade their Apple devices to the iOS 8.2 or lose the jailbreak adjustment made on their gadgets.

Apple acknowledges the exploits of the TaiG Jailbreak team by patching the security vulnerability they use to jailbreak the iOS 8.1.3.

This didn’t stop the TaiG from trying, however. It was reported this group managed to jailbreak the first and second beta version of the iOS 8.2. Apple had issued a lot of newer beta version since then.

Any access to beta version 1 and 2 has already been taken away. This , however, Apple didn’t patch the security vulnerabilities, which can only mean it’s only a matter of time before a jailbreak version of the iOS 8.2 will come out.

The TaiG group announced on their website they’ve, “already completed the untethered jailbreak support for iOS 8.2.” Based on the announcement, it can be safely assumed jailbreak groups have already found security vulnerabilities in the new iOS.

The TaiG group is famous for hacking secrets inside the computer, however.

The Apple 8.2 patch also contains an update for the upcoming Apple Watch this April. Among the updates is Watch Kit, a software development kit that enables developers to create Smartwatch applications.

Aside from removing the security vulnerabilities and adding Apple Watch development kit, no major update has been made on the other components of the iOS 8.2. Only time will tell if they have been successful.

Previous Social Security record show 6.5M in US are already 112
Next Apple will make third-party, cheap charger for the MacBook Air 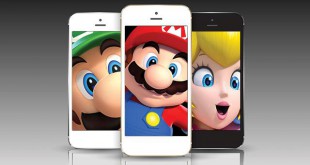 Nintendo’s Shares Up with decision to Venture in Smartphone