Buffett never raise his US$100,000 salary for decades

Mr Warren Buffett American business magnate tells the next CEO of Berkshire Hathaway not to be greedy. He is currently the second richest man in the US. 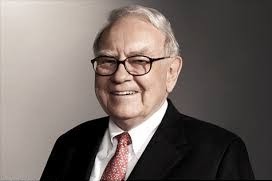 “He can’t help but earn money far in excess of any possible need for it,” wrote Mr Buffett, who is also chairman. “But it’s important that neither ego nor avarice motivate him to reach for pay matching his most lavishly compensated peers, even if his achievements far exceed theirs.”

In a longer-than-usual letter to shareholders celebrating his fiftieth year managing the company, he explained what he expects of the next generation of leadership. He cited benefits of running a decentralised conglomerate and cautioned against diluting shareholders by using stock to fund takeovers.

His son Howard Buffett, as non-executive chairman, will be able to deal with an under-performing CEO, the billionaire wrote. Mr Warren Buffett also contrasted the risks of arrogance, bureaucracy and complacency with the benefits of sending a company-first message.

“A CEO’s behaviour has a huge impact on managers down the line,” Mr Buffett wrote. “If it’s clear to them that shareholders’ interests are paramount to him, they will, with few exceptions, also embrace that way of thinking.”

Mr Buffett’s wealth, mostly in his company’s stock, is valued at more than US$70 billion (S$97.5 billion), second in the US to Microsoft’s co-founder Bill Gates, who is a director at Berkshire. While Mr Buffett’s security expenses are covered by Berkshire, he reimburses the firm for costs such as telephone calls or postage stamps for personal use, according to the filing.

“No one can replicate Warren Buffett, you can’t find someone to be him,” Mr Gary Goldstein, head of executive-search firm Whitney Partners, said in an interview before Berkshire filed its proxy statement. “What you need to do is find someone who carries the same values and principles and philosophy to investing.”

Mr Buffett has long said that the next CEO should have a more generous pay package. That includes stock options, which he has shunned, he told Fortune magazine in 2014.

The billionaire has also shown a willingness to provide Wall Street-sized compensation to reward growth at operating units such as insurers and the utility subsidiary. Mr Greg Abel, the chairman and CEO of Berkshire Hathaway Energy, was paid US$27.6 million (S$38.4 million) in 2014, including an US$11.5 million (S$16 million) cash bonus and US$12 million (S$16.7 million) from a non-equity incentive plan. Mr Abel also owns about 1 per cent of the unit.

Mr Goldstein said Mr Buffett expects top managers to be motivated by the generation of performance-linked wealth, rather than their base pay. The billionaire has collected a US$100,000 salary for more than a quarter century, as has Vice Chairman Charles Munger, 91.

“The compensation questions for the board are really not too important today,” Ms Susan Decker, a director at the company, said in December at an event at Stanford University in California. “They could be important in the future, because it’s unlikely the next CEO at Berkshire is going to have the same arrangement that Warren and Charlie do.”

Chief Financial Officer Marc Hamburg, the only executive whose pay is listed in the proxy other than Mr Buffett or Mr Munger, saw his salary rise about 9 per cent to US$1.23 million (S$1.7 million) in 2014. He also received a US$500,000 (S$696,400) bonus “in recognition of work performed in connection with a business acquisition”.

“I like the Van Tuyl people enormously,” Mr Buffett told the publication. “But if I had had to deal with the contract’s complications, I probably wouldn’t have lasted it out.” BLOOMBERG 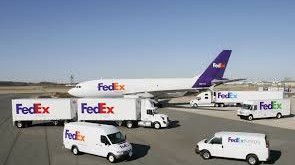 FedEx sees Surge in Earnings because of shipping giants’ move

FedEx Corp: Courier delivery services company, Said that around 53% increase in earnings was achieved during the …