Apple Removes other Brand Smartwatches from its Stores

Apple Watch release date is nearing and ahead of it, Nike and Jawbone Wearables have been taken off from the shelves of Apple Store along with other smartwatches. 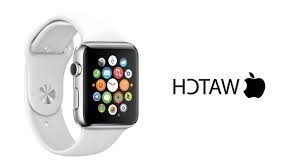 The well-connected Re/Code’s intel claims that the Jawbone Up and Nike+ FuelBand health-oriented wristbands are no longer available on the Apple Store, at least in major cities such as Los Angeles, San Francisco, Palo Alto, and New York. The Apple Watch was originally unveiled in September 2014, but it was only last week, at the Spring Forward event, when the company disclosed the device’s other key features, as well as official release details. Watch is due to drop on April 24, with the entry-level Sport trim priced at $349, and the gold-plated Edition selling at a whopping $10,000.

While it still boggles the mind as to why the Jawbone Up is gone, there may be an explanation to the Nike+ FuelBand’s getting pulled from the Apple Store. Last year, Nike said it would be shifting its focus from hardware to software development. And it also bears mentioning that Apple did hire Nike+ FuelBand design director Ben Shaffer in the fall of 2013, and the device’s developer Jay Blahnik about a month prior.