Apple will make third-party, cheap charger for the MacBook Air

Apple Inc (NASDAQ: AAPL) is finally liberalizing its patent and has agreed to make compatible third-party, cheap charger for its new MacBook Air, which otherwise is sold very expensive, and exclusively.

According to 9to5Mac, though, Apple is finally loosening its tight grip with the new MacBook, which charges through its USB-C port. That means cheaper chargers will soon flood the market. 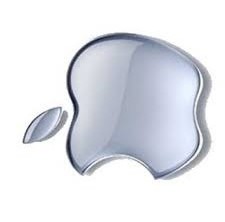 It’s a big win for customers and their wallets.

Apple’s new MacBook gets up to nine hours of battery life, which is a lot — so long as you’re only browsing the web. But when you have dozens of web browser tabs open, Spotify running in the background and a word processor and other apps open, it drains fast.

The removal of MagSafe on the new MacBook is a loss for klutzy Apple fans, but the new USB-C — as much of a dongle hell as it is for the interim — will have a pretty cool trick to make up for it.

As 9to5Mac points out, there are external battery packs for MagSafe-equipped MacBooks, but they require unfriendly modifications. With the new MacBook, recharging it on the go will be as simple as connecting a battery pack to it. This is huge for people who do work at Starbucks — no more fighting for a power outlet!

Of course, you’ll have to wait until a battery pack with a USB-C end exists or buy a USB-C adapter cable. As long as one end of the cable is USB-C and can fit into the new MacBook’s single port, you’re good to go.