Study says that a healthy young adult, who drinks energy drink, raises their resting blood pressure more than those, who drink coffee. This study shows the bad effect of such drink.

We know that energy drink consumption is widespread and rising among young people. “We and others have previously shown that energy drinks increase blood pressure,” said lead study author Anna Svatikova from the Mayo Clinic. 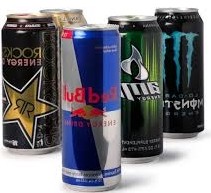 “Now we are seeing that for those not used to caffeine, the concern may be even greater,” Svatikova added.

In the study, researchers alternately gave a can of a commercially available energy drink or a placebo drink to 25 healthy young adults, age 19 to 40, and assessed changes in heart rate and blood pressure.

Blood pressure and heart rate were recorded before and 30 minutes after energy drink/placebo drink consumption, and were also compared between caffeine-naive participants (those consuming less than 160 mg of caffeine per day) and regular caffeine users.

Participants experienced a marked rise in blood pressure after consuming the energy drink as compared to the placebo.

The effect was most dramatic in people who did not typically consume much caffeine, researchers found.

Overall, the blood pressure increase was more than doubled in caffeine naive adults after consuming the energy drink versus placebo, they found.

Consumers should use caution when using energy drinks because they may increase the risk of cardiovascular problems, even among young people,” Svatikova said.

The study is scheduled to be presented at the American College of Cardiology’s 64th Annual Scientific Session in San Diego on March 14.

Previous Nintendo still believes in the power of Gaming for Growth
Next Syrup Season has Started, But the Production is Low

Ages ago, the treatment between American and African are different. Things change since then, treatment, …