A recent report says the upcoming Cortana virtual voice assistant of Microsoft for Android and iOS platforms will be anticipating needs of users apart from responding to user requests.

Cortana could read an email about an upcoming trip, for example, and then remind the user when to leave for the airport on the day of travel. “We’re defining the competitive landscape … of who can provide the most supportive services that make life easier, keep track of things, that complement human memory in a way that helps us get things done,” Eric Horvitz, managing director of Microsoft Research and member of the Einstein project team, told Reuters.

This move, the news agency pointed out, is the latest in CEO Satya Nadella’s struggle to boost Microsoft sales by offering software on devices and platforms other than Windows.

For instance, Redmond already sells its Outlook email service and Office suite to iOS and Android owners, allowing more people access to the same content they use at home or in the office.

A Microsoft spokeswoman declined to comment on the company’s future plans for Cortana. 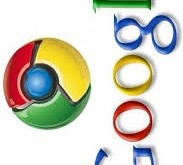