Nintendo still believes in the power of Gaming for Growth

What made the difference was a 15-year-old game called The Legend of Zelda: Majora’s Mask, which Nintendo rereleased alongside an upgraded version of the device that month. The title was the best-selling game and the fastest-selling Zelda portable release in history, with more than 500,000 copies sold so far, Nintendo said. 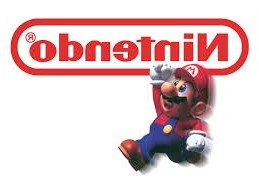 That’s not a huge surprise. Nintendo is perhaps the only video game company capable of rereleasing a game older than the “Harry Potter” films to rave reviews. The secret to Nintendo’s success is that its aged franchises like Super Mario Bros. and the adventure titles of The Legend of Zelda are considered timeless classics players clamor for year after year.

“Nintendo has always put out content that is lasting and is content that the consumer plays for extended periods of time,” said Reggie Fils-Aime, president and chief operating officer of Nintendo’s North American division, in an interview.

That strategy may be working now, but the company has still struggled in the past. Over the last two years, there have been calls for the game maker to look past its Wii U video game console and 3DS handheld, to the iPhone, iPad and other devices powered by Google’s Android. Many of the company’s fans, it’s believed, may no longer own its devices but do still love old Nintendo games.

“In this games business, the axiom is that software drives hardware, and we’ve seen that over our 30+ year experience in this category,” Fils-Aime said. Put the software somewhere else, like the iPhone, and the hardware loses, the theory goes.

That hasn’t always worked. Nintendo’s Wii U, released in 2012 as the follow-up to the original and best-selling Wii console, has perpetually underperformed expectations, and sales of the 3DS have begun to slow. Analysts say a lack of compelling games is the chief reason, though they also note that much of Nintendo’s core audience may have replaced them with the world-building game Minecraft, or upgraded to more-serious fare like the shooting games of Call of Duty.

Since last summer, Nintendo has answered those critics by releasing a string of hotly anticipated titles like the fighting game Super Smash Bros., the racing game Mario Kart 8 and the new Majora’s Mask, all drawing from the company’s celebrated franchises.

“I don’t blame Nintendo for going back to the well,” said Lewis Ward, an industry analyst with research firm IDC. “If you go back to the Wii, there were some Mario games released in the first couple years that were still selling significant volumes at the end of the Wii’s life cycle.”

Nintendo’s reliance on its iconic characters is not without its speed bumps. A rereleased high-definition version of 2002’s The Legend of Zelda: The Wind Waker failed to crack even the Top 10 of the US retail sales charts when it was released in September 2013. Though it did get a sizable number of consumers plunking down for a Wii U finally when it bundled the game with the console.

Still, the device hasn’t been able to live up to its predecessor, no matter what Nintendo has done.

“I don’t think there’s any opportunity for the Wii U to come back and be the top-selling” console, Ward said. But is it at least competitive against the Xbox and PlayStation? “If you asked me a year ago, I would have said no shot, but I do think that you see signs of hope.”

Nintendo plans to keep up the pressure. Later this year, the company is expected to release a new Zelda game, as well as a new installment of its space shooter franchise Star Fox, both of which the company expects will get even more Wii U units into living rooms. The company will also offer brand-new games too.

In this games business, the axiom is that software drives hardware.”

The company won’t overuse its old games, though, Fils-Aime said. Nintendo won’t follow in the same steps of games like Call of Duty, releasing a new iteration every year, he said. “We put out one Mario Kart per platform per generation.”

That strategy has led many Nintendo fans to hold on to their decades-old game consoles to replay their favorites. What’s unclear is whether the Wii U will be as equally loved decades from now.

“We certainly hope so,” Fils-Aime said. “And in the end it’s going to be placed on our ability to have these unique compelling experiences that stand up to time.”

Dot.com is now 30. Celebrations for Symbolics on Sunday

This Sunday will be celebrated as three decades of first ever dot.com registration. It will …