Raising the legal age to buy tobacco would reduce diseases

Reports claimed that increasing the minimum age to be able to buy cigarettes would have a significant impact on the number of people suffering from tobacco-related harmful diseases in US.

According to the new report by the Institute of Medicine, many more lives would be spared in the United States if we would just adopt a higher minimum smoking age. The current proposal is to raise the age for buying cigarettes (and tobacco products, in general) to 21. 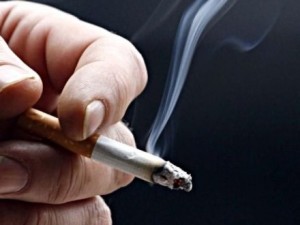 However, before you make your decision you should know one thing: The FDA cannot raise the minimum legal age (MLA) for the purchase of tobacco products.

As a new report says, “The public health impact of raising the MLA for tobacco products depends on the degree to which local and state governments change their policies. These decisions will depend on each state’s or locality’s balance between personal interests and the privacy of young adults to make their own choices versus society’s legitimate concerns about protecting public health.”

The US Food and Drug Administration asked a committee of experts to study scientific literature on smoking to determine how changing the age of being able to access cigarettes would impact smoking rates.

Committee chairman Richard Bonnie, the director of the Institute of Law, Psychiatry, and Public Policy with the University of Virginia, Charlottesville, comments, “While the development of some cognitive abilities is achieved by age 16, the parts of the brain most responsible for decision making, impulse control, and peer susceptibility and conformity continue to develop until about age 25.”

Thomas Glynn, reviewed the report for the Institute of Medicine, claimed that this report is a “monument to good science” as well as a “contribution to the health of every citizen in the U.S.”

Glynn is a consulting professor for the Stanford Prevention Research Center at the Stanford University School of Medicine. He admits that he was, at first, skeptical of the idea of raising the legal age to buy tobacco to 21.

He tells, “I know that critics of the report’s conclusions will argue that, if we can send our 18-year- old men and women into combat to protect the U.S., we can hardly then turn around and say, ‘But you can’t buy cigarettes.’ The public health response to that argument should be that our brave troops do not, thankfully, suffer the 50% casualty rate that cigarettes cause.”

And the difference it makes will be monumental even if we only see incremental changes. Cigarette smoking causes cancer but has also been attributed to other conditions like diabetes and heart disease, and even premature death, of course.