Researchers have achieved success in creating a unique type of 3D printer that is capable of working on atomic scale. It is said the printer assembles complex molecules from scratch.

And they say their molecule-making machine could revolutionize the drug-development process and simplify the fabrication of solar cells and other high-tech products. 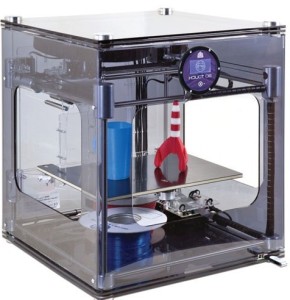 A drug discovery revolution? “We’re really excited about the immediate impacts that this will have on drug discovery,” Dr. Martin D. Burke, a professor of chemistry at the University of Illinois at Urbana–Champaign and one of the researchers, says in a video released by the university.

The traditional way of synthesizing small molecules requires a step-by-step series of chemical reactions-a process that is time-consuming and which requires enormous expertise.

“Small molecules have already had a big impact on the world, but we’ve barely touched the surface of what they’re capable of achieving,” he said in a written statement. “A lot of great medicines have not been discovered yet because of this synthesis bottleneck.”

The new printer simplifies the molecule-making process and makes it accessible to non-chemists.

“When you put the power to manufacture into the hands of everyone, history speaks toward tremendous impact,” Burke said in the statement. “A 3-D printer for molecules could allow us to harness all the creativity, innovation, and outside-the-box thinking that comes when non-experts start to use technology that used to only be in the hands of a select few.”

How it works. To create the machine, Burke and his collaborators analyzed the structures of thousands of molecules and identified the chemical “building blocks” shared by a large majority of them. The machine essentially snaps these building blocks together like LEGOs and then washes away the byproducts, Popular Mechanics reported.

So far the device is capable of building 14 classes of small molecules, and the researchers hope to develop the technology to the point that it can assemble almost any kind of small molecule.

The research was published online Mar. 13 in Science.