Breaking News
Home / Business / Syrup Season has Started, But the Production is Low

Syrup Season has Started, But the Production is Low

Normally, this would be the times that Mapple syrups would be abundant, but that is not the case at all. The cold weather affects the production as the trees are not cold resistant.

The long, cold winter has delayed the start of maple sugaring season, but local producers are rolling with the punches. 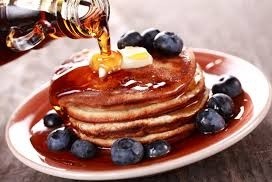 “You can’t predict it. You just have to take it in stride,” said Richard Forbes, owner of Matfield Maple Farm in West Bridgewater. “It’s a higher power that’s controlling this. What I’ve seen in the last 20 years of doing this is everything works out.”

Maple sugaring season typically begins in February and runs for four to six weeks. Seeing farmers trod through the snow to drill taps into maple trees is a sure sign that spring is near in much of New England.

While maple syrup isn’t a major volume crop in Massachusetts, there are approximately 200 maple producers in the state, according to the Massachusetts Maple Producers Association. Maple sugaring operations vary greatly in size, ranging from backyard hobbyists who produce less than 100 gallons of sweet, sticky syrup, to commercial producers that churn out more than 2,000 gallons in a season. It takes, on average, 40 gallons of sap to produce one gallon of maple syrup. The amount of sap needed varies by its sugar content, which often fluctuates throughout the season.

“That freeze-thaw cycle, it’s changing the internal and external pressure in the trees,” said Sean Davan, owner of Woodville Maples in Hopkinton. “What we’ve had up until now is nothing but deep, deep cold temperatures, so nothing’s running.”

Davan, who started harvesting maple syrup about 10 years ago as a hobby, said he taps about 150 trees each year. He said he expects to take his first sap runs in early March.

“We normally would have already started by now, but nothing’s ever certain with this. It’s a very weather-dependent activity. It’s already delayed by three weeks or so. Depending on the year, I’m usually in by mid-February or Presidents’ Day.”

“We’re getting very little sap right now,” he said. “Our open houses are continuing, but the sap’s just not flowing.”

Coumoyer, like many maple producers, got into the business as a hobby. He’s been doing it for about a dozen years.

“Our lines and taps are in,” he said. “Now all we’re waiting for is 40-degree temperatures in the day, and for it to get down a little bit at night.”

The Massachusetts Maple Producers Association has organized Maple Weekend for March 21-22. Dozens of sugar houses across the state will be open to the public, and more than 30 restaurants will feature items made with Massachusetts maple syrup.

Forbes, the West Bridgewater Maple farmer, also got into maple syrup production as a hobby. Twenty years later, he bills his Matfield Maple Farm as “the only commercial producer south of Boston.” He has roughly 1,100 taps and 800 maple trees.

While some maple producers are unsure what to expect this season, Forbes is optimistic.

“When this weather ends, with all this moisture in the ground, the trees are going to go crazy,” he said. “We’re going to have some great runs.”

Data Breach of Target resulted to $10 Million in Class Action

Target Corp. Finally decided to pay $10 million to settle a class-action suit because of …