Wedding costs is at its highest in the United States

A Recent study reveals the wedding costs in the US has reached an all-time high. The survey comes from 16,000 all over the country. Researchers found out that taking out the guest doesn’t contribute much.

The average cost of wedding in the country touched $31,213, according to the data collected for 2014. This marks an all-time high for the wedding costs with Manhattan ranking at the highest with $76,328. Utah and Arkansas were among the places with lowest wedding cost across the country. 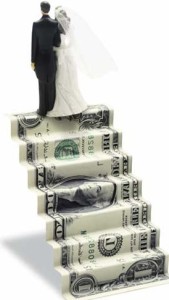 The bride’s parents contributed nearly 43 percent towards the wedding expense. The groom’s family spends 12 percent of the wedding cost on an average and rest 43 percent comes from the bride and groom.

The Knot 2014 Real Weddings study found that 12 percent of the couples paid the entire expenses for their wedding. The data found that the number of average guests for weddings dropped to 136 in 2014 compared to 149 in 2009.

Kristen Maxwell Cooper, Deputy Editor of The Knot, said, “For one, more and more couples have friends and family coming from out of town and they want to show them a great time and make it worth their travels. The reception is a place for couples to show their personality and interests-so they may spend more on food and entertainment that reflect those.”

Previous Syrup Season has Started, But the Production is Low 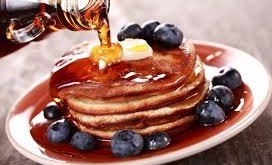 Syrup Season has Started, But the Production is Low

Normally, this would be the times that Mapple syrups would be abundant, but that is …