Mark Zuckerberg’s would-be neighbor accuses him for the promise which he had made three years ago for not objecting development of 9,600 square feet behind his Palo Alto residence. 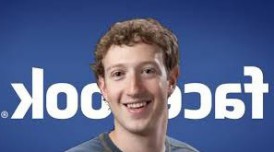 Facebook CEO Mark Zuckerberg made an offer to Voskerician to buy some portion of the property, in order to protect his privacy. Voskerician held a meeting at Facebook’s headquarters to resolve the matter.

According to New York Times, part-time real estate developer Voskerician filed a lawsuit against Zuckerberg claiming the Facebook CEO and his real estate agent Terri Kerwin made false promises. One of the documents filed in the court has also requested the details of Zuckerberg’s net worth and personal finances.

Mircea Voskerician, signed a contract worth $4.8 million to buy the property behind Mark Zuckerberg’s very private residence in Palo Alto. He agreed to sell some portion of the property to Zuckerberg. However, later he offered his entire interest in the property for $4.3 million. Voskerician had a meeting at Facebook headquarters in Menlo Park on December 4, 2012. The deal size later reduced to $1.7 million on promise that Zuckerberg will introduce Voskerician to high net-worth individuals in the Silicon Valley.

Voskerician has claimed that Zuckerberg signed a deal with him for his contractual rights to the entire property. A sworn declaration by John Forsyth James, a real estate agent for Mr. Voskerician, said, “He indicated that he would refer Mr. Voskerician to others and promote him through his connections, his friends, clients of Facebook and others that Mr. Zuckerberg knew to be influential. Ultimately, Mr. Zuckerberg failed to honor his promise.”

Zuckerberg’s wife, Priscilla Chan, wrote, “It’s stuff like this that makes me so sad and angry.”

Facebook has not commented on the matter as it is Zuckerberg’s private matter. Zuckerberg’s lawyer Patrick Gunn informed New York Times that the lawsuit has ‘no merit and his client intends to defend them vigorously.’

Gunn added that the lawsuit is an effort to “embarrass Mr. Zuckerberg and pressure those around him at every turn.” Mark Zuckerberg has not commented on the lawsuit.