An union, which is composed of Varde Partners, KKR and Deutsche Bank bought General Electric Capital’s consumer finance business in Australia and New Zealand for the amount of A$8.2bn. 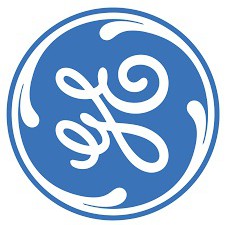 The deal, which is subject to regulatory approval, marks the latest step in a disposal programme by the US conglomerate, which is streamlining its business to refocus on its industrial operations.

“This transaction allows us to focus on our strategy to be the world’s premier infrastructure technology company with a specialty commercial financial services business,” said Geoff Culbert, president and chief executive of GE Australia and New Zealand.

“We will continue to work with our customers in key industries including oil and gas, energy, healthcare, aviation and mining.”

GE Capital’s consumer lending business in Australia and New Zealand provides personal loans, credit cards and interest-free retail finance services. It has more than 3m customers and is a partner to many retailers in the region.

KKR said it was attracted by the group’s regional expertise and sound platform.

Jeff Immelt, GE chief executive, has said he wants 25 per cent or less of the group’s earnings to come from financial services, compared to 42 per cent last year, and said the future size of GE Capital would depend on the returns the assets could generate. He told investors in December: “We’re not in it just to be in it, we are in it to generate a good return.”

This shift will accelerate following the separation of Synchrony Financial, the retail credit business that GE floated as an independent company last year. The US conglomerate’s €12.6bn purchase of Alstom’s energy businesses in France marks a further step in the strategic realignment at GE.

He told a conference last month that the company would be “laser-like focused’ on generating a good return, subject to regulatory constraints.

“To the extent we can’t [generate a good return], that stuff needs to get monetised and get that capital returned to the company.”