New study claims that older who were once weak has longer and better quality of life after a minimally invasive surgery compared to patients, who never underwent the same surgery. 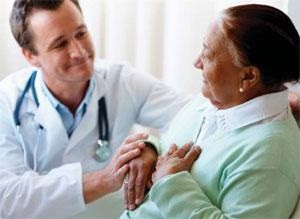 This health issue is the most common heart valve disease that causes the aortic valve that’s not completely open and decreasing blood flow from the heart. Though the gold standard was considered aortic valve replacement throughout the 80s and 90s, many patients were considered too sick or frail to undergo the rigorous surgery. Therefore, TAVR become an option where the study was the first to compare five-year TAVR outcomes via standard therapy.

For the study, researchers at 21 medical centers followed 358 patients with severe aortic stenosis for five years. All of the patients were an average of 83 and evenly divided into two study groups-one that underwent minimally invasive transcatheter aortic valve replacement (TAVR) surgery and one that followed standard therapy, which involved balloon aortic valvuloplasty but no surgery.

Participants who underwent TAVR lived longer with better symptom management with fewer hospital readmissions and better functional status. At the five-year mark, 28.2 percent of the TAVR group were still alive, when compared to the only 6.4 percent of those undergoing standard therapy.

“This trial is the first-and will probably be the only-randomized aortic stenosis trial that includes a group of patients not treated with aortic valve replacement, since these results will make it unethical to treat severe aortic stenosis patients with medical therapy alone,” said Samir Kapadia, M.D., the study’s primary author and director of the Sones Cardiac Catheterization Laboratories at Cleveland Clinic, in a news release.

Reduction of Breast cancer in women due to Breast feeding

In the science study, published in the Journal of the National Cancer Institute, scientists mulled …