The State Department is putting all the efforts to remove malicious software from its unclassified email system by Russian hackers. It had also shut down the network over the weekend. 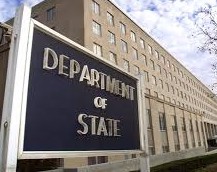 The State Department released information on Friday about the shutdown, though it did not specifically note email or hackers.

The threats from hackers who’ve cracked into government, corporate and individuals’ private data — from sensitive emails to medical records to bank accounts — seem only to grow. The financial incentives for making off with such information, whether it’s to enable criminal acts or government espionage, are incredibly strong.

Among the highest-profile security breaches in recent years, a hack at Target in 2013 yielded the credit card data of 40 million customers. Another at Home Depotlast year exposed 56 million credit card numbers. Last fall, a hack into Sony Pictures highlighted the inner workings of the movie studio. In December, office supply chain Staples said a hack affected more than a million payment cards. And in January, insurance provider Anthem revealed that hackers had potentially accessed the personal data of 80 million people.

Last fall, the State Department temporarily shut down its unclassified email systemto make repairs and security upgrades after “activity of concern” was detected on the system. According to ABC News, this weekend’s shutdown is related to the one last fall.

State Department email has been a much-scrutinized topic in the past two weeks because of revelations over former Secretary of State Hillary Clinton’s use of personal email during her tenure. The department’s current shutdown, however, appears to be unrelated.