Our grandparents used to go out and play with the other kids for some fun, but now, technology makes it possible for us to stay in the house while having fun. 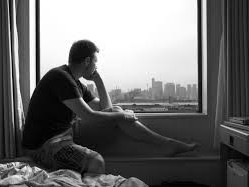 Unfortunately, all such conveniences are leading certain demographics into an era when loneliness and isolation are dangerously overlooked and ignored. This simple fact of the matter is that all the technology in the world cannot compensate for real and important human interaction, which scientists have for generations insisted is a fundamental requirement for good mental and physical health alike.

A new study carried out at the Brigham Young University in Utah has once again reinforced exactly such beliefs, having brought about evidence to suggest that loneliness and isolation can in fact be deadly. More specifically, the team concluded that the detrimental effects of loneliness on mental and physical health are just as severe as those attributed to obesity, if not worse.

“The effect of this is comparable to obesity, something that public health takes very seriously.”

For the purposes of the project, the team looked at the data of approximately 3 million people collected and collated by way of several separate studies. The conclusion was stark to say the least – living alone, isolation and loneliness were found to increase premature death risk by 32%, 29% and 26% respectively.

And while some would argue that advances in areas like social media have made isolation and loneliness null and void concepts, scientists and medical professionals insist that online relationships simply cannot be classified under the same banner as conventional human interaction and meaningful relationships.

“With loneliness on the rise, we are predicting a possible loneliness epidemic in the future,” the team concluded.

Reduction of Breast cancer in women due to Breast feeding

In the science study, published in the Journal of the National Cancer Institute, scientists mulled …