Apple’s upcoming Internet-based TV service for its iDevices is learned to be of low-cost and also limited compared to any typical cable subscription. The plan would potentially offer networks owned by the television groups Disney, Fox, CBS and Discovery, the people said Tuesday. That could include the broadcast networks ABC, CBS and Fox, along with a lineup of other cable networks, such as ESPN and Discovery Channel.

The total number of networks to be offered is yet to be determined. Apple is not including all of the networks owned by each of the TV groups, signaling yet another fraying of the traditional cable bundle. No deal has been reached yet, the people said.

Pricing details remain unclear. One person pegged the rate for a monthly subscription at $20 to $25, while another said that it would be in the $30 range. The final price point will probably depend on which networks are offered and negotiations with television groups, the people said.

News of Apple’s plans for a web-TV service follows an announcement last week that it had formed an exclusive partnership with HBO to offer the premium cable network’s new digital TV service, called HBO Now.

A flood of media, telecom and tech companies are introducing digital TV services this year, trying to appeal to a generation of viewers willing to pay for Internet access but not traditional TV cable subscriptions.

Dish Network, the satellite provider, recently started a web-based service called Sling TV that includes ESPN and other popular cable networks for $20 a month. On Tuesday, the company announced a series of updates, including availability of the service on the Xbox One console and the addition of A&E Network channels by the end of March. Sling TV also offers extra packages, priced at $5 a month, for a mini-bundle of lifestyle or news networks, for instance.

Apple will heavily market its new streaming service, which the company has pitched to networks as “better than the best-of-class cable products,” one person said. Potential features would include on-demand functionality and the ability to stream live and on-demand television to an array of devices, another person said.

The Wall Street Journal reported news of the Apple TV service on Monday, after an initial report in Recode last month.

Apple declined to comment on the potential new service.

One major entertainment company not involved in the latest round of discussions is Comcast and its NBCUniversal entertainment group, the people said. If Apple and Comcast do not come to terms on a deal, the new service will not include the broadcaster NBC or the cable networks it owns, such as Bravo and Syfy.

Comcast could be forced to come to a deal with Apple because of the conditions that it agreed to with regulators when it acquired NBCUniversal in 2011. Under those agreements, an online video provider like Apple could demand that NBCUniversal make its programming available if Apple has signed deals with other television groups.

Apple has been rumored to be planning an online TV service for more than five years. But the company’s approach so far has been to work with distributors like Time Warner Cable and Walt Disney Company on offering apps with access to their content for the Apple TV set-top box.

Offering a slimmer bundle of television channels over an Internet connection would help Apple distinguish its service from a traditional cable subscription. However, it would not be nearly as disruptive as the deals that Apple cut with record labels for the iTunes Store, when it negotiated to sell songs one track at a time, as opposed to forcing consumers to buy complete albums.

Previous Aside from fighting infections, breastfeeding also raises their IQ
Next Hackers got 11 million records from Premera Blue Cross 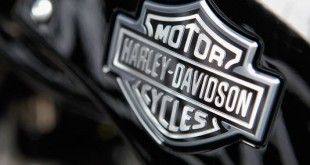