Uber daily operation was halted in France and Korea because both offices got raided by cops in both country.  In Korea, several executives were arrested, while drivers in France got arrested. 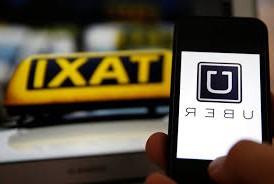 Over in France, 25 policemen raided Uber’s headquarters and seized documents and cellphones used by drivers. New French laws permit ridesharing companies like Uber to operate, but chauffeurs must have proper licenses and insurance. That makes UberPop illegal in the Gallic nation, and police have started arresting its non-approved drivers. However, the raid marks the first time authorities have gone after the company directly over UberPop. Uber told l’Obs that the police action was on “shaky legal ground (and is) a disproportionate attempt to intimidate (the company).”

Uber has faced the ban hammer before in Germany, Belgium and Brazil, to name a few countries. It’s also been blocked by cities like Seattle and even entire states. The company is known for taking an “ask for forgiveness, not permission” approach in those situations, allowing drivers to operate despite bans and then paying any resulting fines. However, this time it appears that France and South Korea aren’t taking “no” for an answer.