GM not interested to Sell Cars in Russia anymore

By the middle of the year, General Motors will not be producing any of its products at its St. Petersburg, Russia. Aside from that, they will halt production of Chevrolet cars soon. 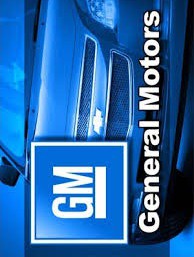 The company also will wind down its German-based Opel brand, which will stop selling cars in Russia by the end of this year.

The moves drastically reduce GM’s presence in Russia and will result in about $600 million in special charges against first-quarter earnings, the company said Wednesday morning.

“This change in our business model in Russia is part of our global strategy to ensure long-term sustainability in markets where we operate,” said GM President Dan Ammann. “This decision avoids significant investment into a market that has very challenging long-term prospects.”

The moves show GM has run out of patience with a market that was expected to be one of the world’s fastest growing car markets.

But Russia’s economic tailspin has accelerated since the Russian invasion of Crimea and the ongoing conflict with Ukraine.

“We had to take to take decisive action to protect our business,” said Karl-Thomas Neumann, Opel Group CEO. “We can assure our customers that we will continue to provide warranty, parts and services for their Chevrolet and Opel vehicles.”

GM’s joint venture with Autovaz will continue to build the Chevrolet Niva. Cadillac will compete in Russia as it launches several new models in the next few years.

GM has a goal of turning a profit next year in its European business, where it has lost money in every year since 1999. Its longer-term goal is to raise its market share in Europe to 8% – from 6.3% in the first two months of 2015 — and make a before-tax profit margin of 5%.

Ford has three joint-venture Ford Sollers plants. Last spring the automaker announced it was cutting 950 jobs at two of the facilities that make eight of its most popular Ford models to bring production in line with slowing sales in the volatile region. For example, Ford has stopped making the current Ford Edge mid-size utility vehicle and has not said when it will start making the new model.

During the recent Geneva auto show, Ford of Europe President Jim Farley told media Russia is volatile now but the region has a strong middle class and Ford is committed to the region in the long term.

In 2012 Ford forecast industry-wide auto sales in Russia of more than 4 million. Sales were only in the 2.5 million range last year and Farley said they could be similar this year.

But Ford is undeterred.

We believe the Russian market has significant potential in the longer term. In the short term, however, Russia remains an extremely volatile and challenging market,” said spokeswoman Kristina Adamski in a statement.

Efforts continue to “reduce costs, match production to demand, manage the difficult pricing environment and limit the financial impact of the current crisis.,” while expanding Ford’s product portfolio in Russia . “This will put us in a better position to grow when the market recovers,” Adamski said.

Ford Sollers continues to sell a full lineup of vehicles in Russia, of which nearly half are built in the country, but the automaker will continue to take action as needed to adjust production to limit the financial impact of the current economic situation.

Amazon Inc. has recently released its first quarter earnings this year. Sales in this quarter …