Hundreds of flights were cancelled today by the Germany’s Lufthansa airline. Apparently, there were no one to pilot it as pilots are in a two-day strike to stop early retirement. 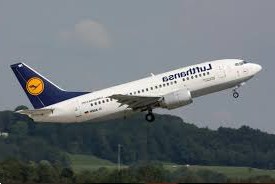 The industrial action is being staged in an attempt to end a row over early retirement benefits for pilots that has been raging for two years.

Some 750 short and medium-haul flights of 3000 daily scheduled flights will be affected by the industrial action on Wednesday, while only long-haul and cargo flights will be disrupted on Thursday.

Lufthansa has warned customers of the strike on its website, and advised them to check the status of their flight prior to departure. Affected passengers can refund or rebook their flights free of charge, the airline added.

Lufthansa  said yesterday of the strike announced by pilot’s union Vereinigung Cockpit (VC) on Monday: “Instead of working on a sustainable solution for the future, VC is hurting our customers across the globe.”

By staging the second strike this year and the twelfth in total in a row, employees hope to influence the airline’s decisions on early retirement benefits and low-cost expansion.

The airline has refused to back down as it faces competition from budget carriers and major Gulf airlines, and said it will grow fleet and staff numbers at its main passenger operations only if employees agree to concessions.