A better, faster and much efficient robot has been created by a team of researchers at Oregon State University. They have named it Atrias. 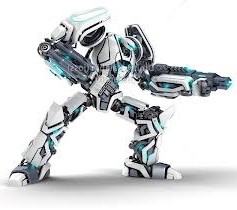 It’s able to do all that because it is modeled after not a human, but a bird.

Which makes sense when you consider birds are probably the fastest and most agile two-legged runners in the world.

“When this robot gets up to speed for walking, not even running yet, it will be the fastest bipedal robot in the world,” said Jonathan Hurst, an associate professor and robotic expert in the OSU College of Engineering.

The researchers say eventually the robots can be used to go into hard to reach disaster areas where it’s too dangerous for humans to go.

Or the technology could be used in prosthetic limbs to give them more natural movement.

The researchers plan to eventually market their invention.

It’s already getting a lot of attention. It even has its own twitter handle. It tweets its progress every day.

Oregon State University has a new graduate program in robotics, which is offering M.S. and Ph.D. degrees this year.