Starbucks: Tackling issue with Race Relations via ‘Race Together’

The issue with race relation has been a problem for a long time. Now, Starbucks want to tackle the problem with “Race Together,” a new campaign organized by the company. 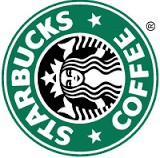 Chatting with Forbes.com, the company’s CEO Howard Schultz mentioned, “Race Together came amid racial tension, protests and violence in places such as Ferguson, Missouri, New York City and Oakland, California. Its purpose is to utilize Starbucks stores to open the door for conversation, compassion and action regarding race in America.

“We have problems in this country with regard to race and racial inequality,” Schultz said in a video message to Starbucks employees this week. “We believe we’re better than this, and we believe the country is better than this. There is a need for compassion, empathy and love towards others.”

Forbes noted that the Starbucks’ effort is to make the chain a safe place where customers and workers can share their own personal “race journey,” an action Schultz hopes will result in a deeper understanding of race in order for customers spread it to “their sphere of influence.”

The result, if successful, would enable Starbucks to “convince other business leaders to join us … and perhaps we can do something that would be catalytic for the country,” Schultz told Forbes, which mentioned that the executive’s focus on race relations started in at an impromptu meeting at Starbucks’ headquarters in Seattle in December.

Under the topic, Racial Tension in America, the meeting included over an hour of various Starbucks employees sharing personal stories of race as they passed around a microphone. Employees speaking represented various ages, races and ethnicities.

“They were emotional, heartbreaking, but the trust that partners have had in a safe environment to share their stories and be vulnerable has been incredible and inspiring,” Schultz aid in the video message.

Since the meeting, racial issues have been discussed by more than 2,000 Starbucks employees at open forums in Oakland, Los Angeles, St. Louis, Chicago and New York City.

Regarding “Race Together,” Schultz stated that although it isn’t mandatory for store associates to participate in the campaign, it was the company’s employees that urged him to take the conversation beyond them.

For those who may wonder and ask what the “Race Together” scribbled on their cup means, Schultz advised workers to “try to engage them in a discussion.”

“The person next to you, who might be different from you, but doesn’t have the same opportunity, and for that matter, may feel a sense of hopelessness because of an unconscious bias people have toward that person,” he explained to Forbes. “I think [Race Together] is really important, not so much for the company, but for the country.”

Nike inc, Shares have risen to almost 5%, which is the all-time high. Company says, …