According to Consumer Financial Protection Bureau’s (CFPB), consumers, who files complaint needs to choose whether to have their comments public or hide it from public. Consumer can also opt out if he chooses. Consumers who file a complaint with the CFPB use a special Web form that collects basic information, including the date of submission, the consumer’s ZIP code, the relevant company, the product type, the issue the consumer is complaining about and how the company handled the complaint. In addition, the Web form includes a narrative section where the consumer can provide details about what occurred.

Under the final rules, the CFPB will not publish that narrative unless the consumer consents by way of a check box on the Web form. What’s more, if a consumer checks the box and consents, his narrative will be “scrubbed” of all sensitive information before it is made public. 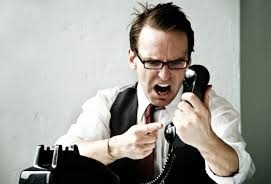 In addition, if a consumer decides that he doesn’t want his comments to be public anymore, he can also opt out and his comments will no longer be displayed on the CFPB’s website.

Sometimes banks and other financial institutions ask consumers to do remove complaints from public forums after their problem has been successfully resolved. Perhaps the biggest change, however, is that financial organizations can now publish a public response to each consumer complaint. As per a CFPB press release, companies will be given the option to select from a set list of “structured response options” as a public-facing response to address a consumer complaint.

Companies will be under no obligation to offer a public response, and they have 180 days after the consumer complaint is routed to them to select the optional, public response.

It is unclear from the CFPB’s release who would develop the set list of “structured response options” and how many options will be available.

In addition, consumers who submit complaints must show that they have a confirmed relationship with the financial institution they are complaining about.

Previous PostFriday is the day of solar eclipse, Supermoon, Spring equinox Next PostThe Swiss exports was down as the franc strength hits demand