Friday is the day of solar eclipse, Supermoon, Spring equinox

Three rare and significant celestial events will be taking place on Friday – solar eclipse, a Supermoon and the Spring equinox. 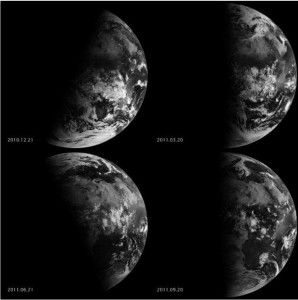 All three of which have in the past been celebrated as events of significance within various cultures around the world.

As well as the rare and spectacular sights in the sky, those who advocate the theory that the eclipse and other events are a sign of the end times or an omen of something else say that recent ominous events also show that something could happen.

The kinds of geo-political and societal events that tend to be associated with the end times by those who believe in such events are also happening, encouraging the idea that Friday could mark a sign of the apocalypse or another catastrophic event. Global stock markets are volatile and at record highs; there is increasing tension in the Middle East, including in Israel; and votes on same-sex marriage are scheduled for this summer in the US.

WorldNetDaily, an American site that is roughly affiliated with the American political right, reported that biblical experts believe that the message is a sign of judgment from God to those on Earth.

The co-founder of Christian website Root Source, Bob O’Dell, told WND that the message was a sign of judgment. The eclipse will be total across the North Pole, and so is not pointed at anyone in particular.

“The North Pole can’t really be called the territory of any particular nation or people,” O’Dell told the site. “This is likely a message from God to the entire world.”

But since the eclipse will most affect those in northern Europe, the message should be especially heeded by people there, according to a pastor interviewed by WND.

“In Jewish tradition, a total solar eclipse is a warning to the Gentiles and a sign of judgment on the nations,” he told the paper. “When we look at where the darkness will be, it will be in northern European countries like England and Sweden. Europeans especially should take heed.”

The connection between Friday’s eclipse and the end of the world comes partly from the “Blood Moon Prophecy”. That refers to the theory that a tetrad — four consecutive lunar eclipses, with six full moons between them — is a sign that the world is coming to an end.

Those that believe in the prophecy see it partly borne out by the Book of Joel, which says that “the sun will turn into darkness, and the moon into blood, before the great and terrible day of the Lord comes”. That has been connected to the phenomenon of the blood moon — the phenomenon where the moon turns copper red as it passes under the Earth’s shadow.

March’s solar eclipse have been connected by some to the series of lunar ones that are seen as harbingers of the end times. This solar eclipse sits in the middle of the tetrad, and is seen as another signal that signs are appearing in the sky.

There is no way to be sure that the predictions won’t come true until Friday morning, when the eclipse happens — it is set to begin around 8am and carry on until about 11am. But something spectacular is certain to happen, as the moon moves in front of the sun and brings darkness to the UK, whether or not it also marks the end of the world.