Revenue of Streaming Music is better than CDs last year

CD music has always been the best way to sell music, but last year streaming music beats CD music in terms of revenue. Streaming music got $1.87 billion while CDs’ $1.85 billion.

While streaming services were able to take down CDs, they were still beaten by physical formats as a whole. Physical sales were still responsible for 32 percent of music industry revenue last year, while streaming services brought in 27 percent. Digital downloads remain bigger than both of them, at 37 percent. That figure has been dropping, however, as streaming services move in to take their place. “Record companies are now digital music firms, earning more than two-thirds of their revenues from a variety of digital formats,” Cary Sherman, CEO of the RIAA, writes in a blog post discussing the figures. 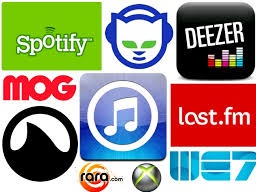 The RIAA says that overall music industry revenues have remained flat for the past few years, despite how revenue sources have continued to shuffle around. CDs were replaced by digital downloads long ago, but now digital downloads are slowing, and it looks like it may not be long before streaming replaces them. While physical shipments as a whole are also shrinking, there is one area that they continued to see a bump: vinyl, which had revenues nearly double year over year.

As streaming continues to grow, the discussion around how those services pay artists will only get louder. Even the RIAA is chiming in on it. “Streaming music has been the subject of a healthy debate, which is appropriate,” Sherman writes. “…But the reality is that the consumer has spoken and this is what fans want. The entire music community must come together to help make these services work for fans, artists, and the music industry.” There’s been no real movement toward a resolution yet, but it’ll be increasingly pressing as revenue shifts farther from physical purchases and permanent downloads and toward Spotify and Pandora.