A group of biologists was alarmed with the use a new genome-editing technique to modify human DNA in a way that it can become hereditary. 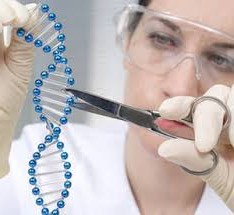 The biologists worry that the new technique is so effective and easy to use that some physicians may push ahead with it before its safety can be weigh up. They also want the public to understand the ethical issues surrounding the technique, which could be used to cure genetic diseases, but also to enhance qualities like beauty or intelligence. The latter is a path that many ethicists believe should never be taken.

“You could exert control over human heredity with this technique, and that is why we are raising the issue,” said David Baltimore, a former president of the California Institute of Technology and a member of the group whose paper on the topic was published in the journal Science.

Ethicists have been concerned for decades about the dangers of altering the human germ line — meaning to make changes to human sperm, eggs or embryos that will last through the life of the individual and be passed on to future generations. Until now, these worries have been theoretical. But a technique invented in 2012 makes it possible to edit the genome precisely and with much greater ease. The technique has already been used to edit the genomes of mice, rats and monkeys, and few doubt that it would work the same way in people.

The new genome-editing technique holds the power to repair or enhance any human gene. “It raises the most fundamental of issues about how we are going to view our humanity in the future and whether we are going to take the dramatic step of modifying our own germline and in a sense take control of our genetic destiny, which raises enormous peril for humanity,” said George Daley, a stem cell expert at Boston Children’s Hospital and a member of the group.

The biologists writing in Science support continuing laboratory research with the technique, and few if any scientists believe it is ready for clinical use. Any such use is tightly regulated in the United States and Europe. American scientists, for instance, would have to present a plan to treat genetic diseases in the human germline to the Food and Drug Administration.

The paper’s authors, however, are concerned about countries that have less regulation in science. They urge that “scientists should avoid even attempting, in lax jurisdictions, germ line genome modification for clinical application in humans” until the full implications “are discussed among scientific and governmental organizations.”

Though such a moratorium would not be legally enforceable and might seem unlikely to exert global sway, there is a precedent. In 1975, scientists worldwide were asked to refrain from using a method for manipulating genes, the recombinant DNA technique, until rules had been established.

“We asked at that time that nobody do certain experiments, and in fact nobody did, to my knowledge,” said Baltimore, who was a member of the 1975 group. “So there is a moral authority you can assert from the U.S., and that is what we hope to do.”

Recombinant DNA was the first in a series of ever-improving steps for manipulating genetic material. The chief problem has always been one of accuracy, of editing the DNA at precisely the intended site, since any off-target change could be lethal. Two recent methods, known as zinc fingers and TAL effectors, came close to the goal of accurate genome editing, but both are hard to use. The new genome-editing approach was invented by Jennifer Doudna of the University of California, Berkeley, and Emmanuelle Charpentier of Umea University in Sweden.

Their method, known by the acronym Crispr-Cas9, co-opts the natural immune system with which bacteria remember the DNA of the viruses that attack them so they are ready the next time those same invaders appear. Researchers can simply prime the defense system with a guide sequence of their choice and it will then destroy the matching DNA sequence in any genome presented to it. Doudna is the lead author of the Science article calling for control of the technique and organized the meeting at which the statement was developed.

Though highly efficient, the technique occasionally cuts the genome at unintended sites. The issue of how much mistargeting could be tolerated in a clinical setting is one that Doudna’s group wants to see thoroughly explored before any human genome is edited.

Scientists also say that replacing a defective gene with a normal one may seem entirely harmless but perhaps would not be.

“We worry about people making changes without the knowledge of what those changes mean in terms of the overall genome,” Baltimore said. “I personally think we are just not smart enough — and won’t be for a very long time — to feel comfortable about the consequences of changing heredity, even in a single individual.”

Many ethicists have accepted the idea of gene therapy, changes that die with the patient, but draw a clear line at altering the germline, since these will extend to future generations. The British Parliament in February approved the transfer of mitochondria, small DNA-containing organelles, to human eggs whose own mitochondria are defective. But that technique is less far-reaching because no genes are edited.

There are two broad schools of thought on modifying the human germline, said R. Alta Charo, a bioethicist at the University of Wisconsin and a member of the Doudna group. One is pragmatic and seeks to balance benefit and risk. The other “sets up inherent limits on how much humankind should alter nature,” she said. Some Christian doctrines oppose the idea of playing God, whereas in Judaism and Islam there is the notion “that humankind is supposed to improve the world.” She described herself as more of a pragmatist, saying, “I would try to regulate such things rather than shut a new technology down at its beginning.”

Other scientists agree with the Doudna group’s message.

“It is very clear that people will try to do gene editing in humans,” said Rudolf Jaenisch, a stem cell biologist at the Whitehead Institute in Cambridge, Massachusetts, who was not a member of the Doudna group. “This paper calls for a moratorium on any clinical application, which I believe is the right thing to do.”

Writing in Nature last week, Edward Lanphier and other scientists involved in developing the rival zinc finger technique for genome editing also called for a moratorium on human germline modification, saying that use of current technologies would be “dangerous and ethically unacceptable.”

The International Society for Stem Cell Research said Thursday that it supported the proposed moratorium.

The Doudna group calls for public discussion but is also working to develop some more formal process, such as an international meeting convened by the National Academy of Sciences, to establish guidelines for human use of the genome-editing technique.

“We need some principled agreement that we want to enhance humans in this way or we don’t,” Jaenisch said. “You have to have this discussion because people are gearing up to do this.”

Late stage study of testing pain drug to be resumed

As the U.S. Food and Drug Administration lifted a partial hold on the study of …