A recent study claimed that a new drug holds the key to treating Hodgkin’s lymphoma, which is a cancer of the blood that mostly affects younger generation. The drug could replace chemo treatment. 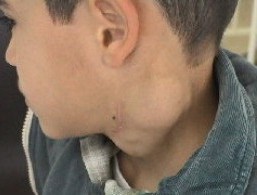 Known by the lab name of brentuximab vedotin (BV), the drug is the first new treatment for Hodgkin’s in more than three decades.

Hodgkin’s lymphoma is the commonest blood cancer among people aged 15 to 35.

Most patients respond to chemotherapy or radiotherapy. For those who do not, the alternative is usually a combination of high-dose chemotherapy and a transplant of healthy stem cells.

But only about one in two who undergo this procedure are cured.

Doctors reporting in the journal The Lancet Diabetes & Endocrinology tested the drug among 329 cancer patients who were at high risk of relapse after stem-cell transplant.

Two years later, the cancer had not progressed in 65 per cent of patients who had taken BV. The two-year marker is considered a strong indicator of a cure.

“No medication available today has had such dramatic results” on hard-to-treat Hodgkin’s, said Craig Moskowitz of Memorial Sloan Kettering Cancer Center in New York, who led the study.

The research was a Phase III trial, usually the last step in the exhaustive process to vet an experimental drug for safety and efficacy.

The results were unveiled at a conference in November 2014, prior to publication in the peer-reviewed journal.

BV, marketed as Adcetris, was administered to 165 volunteers, who received 16 cycles of the drug every three weeks, starting about a month after they had received the stem cell infusion.

The remaining 164 received a dummy treatment, called a placebo. In this group, 45 per cent of patients did not suffer a relapse or cancer progression at the two-year follow-up point.

In a comment, cancer expert Andreas Engert from Germany’s University Hospital of Cologne, said further work was needed to identify high-risk patients who would benefit most from the drug.

Anonymous essay exposes doctor abusing while patient is under anesthesia