A New study reveals that Burmese Python might be the culprit behind the loss of other smaller animals at Everglade’s National Park. Two years ago, it can’t be proven.

According to the news report, The Miami Herald, the study confirms biologists doubts on the python’s effects on small mammals.

Researchers had verified two years ago, that as the python population rose, the number of small mammals dropped but they couldn’t prove that one caused the other.

The study published this week helps shine light to the possible connection.

As part of the study, 26 rabbits were fitted with tracking devices and let loose in the park in 2012. At first, they settled in, started breeding, and seemed to thrive, a University of Florida biologist Robert McCleery told the paper.

But as temperatures got hotter, the rabbits started to disappear.

According to the study, the pythons had started eating the rabbits faster than they could reproduce and even faster than scientists expected.

McCleery said that 77 percent of the rabbits were eaten by pythons.

While the study does help shine light on its possible effects on small mammals, McCleery is careful not to say the results show pythons are behind the decline of all other small mammals in the park.

How the study helps when it comes to managing the snakes is still not clear. 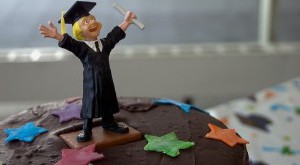