Boot Camp won’t be supporting Windows 7, so users would need to install Windows 8 or higher to run Window on Macbooks. Windows 7 can’t be upgraded. 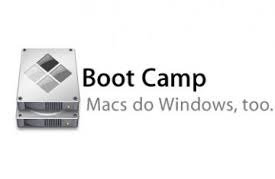 According to the Boot Camp support document, current models of the MacBook i.e. MacBook Pro and MacBook Air will not be able to run Windows 7 via the Boot Camp software. The latest models of MacBook will need to be upgraded to the latest version of Windows 8 or higher – to make use of their dual-boot capabilities. The MacBook Air 2014 and the MacBook Pro 2014 models will be the last notebooks that support Windows 7.

Boot Camp is created by Apple Inc. (NASDAQ:AAPL). It allows Microsoft’s (NASDAQ:MSFT) Windows to be installed on Macs. Even though there are many users who prefer the OS X, there are some who do not. Also, there are only a few programs supported on Windows and not on the OS X platform.

Users who are still with Windows 7 should not worry, as there are ways to run other operating systems on Mac. Parallels Desktop 10 and VMware Fusion 7 Pro, both support different versions of Windows, right up till Windows XP, and are also compatible with versions of the OS X operating system.

This trend from the Cupertino based company will upset many. Last time, when the company dropped Windows 7 support for the MacBook Pro 2013 model, people were not happy a bit.

Windows 7 was released back in 2009, and it is currently the most popular Windows based operating system. Its successor, Windows 8 came out in 2012, but it was heavily criticized by people, even those who were loyal to the Windows operating system. Windows 10 is the latest operating system that is set to be released this summer and people with Windows 7, 8 and 8.1 can upgrade to it for free.