IBM Invested for the new technology that Watson uses 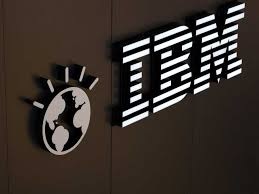 The move, aimed at rushing the adoption of IBM’s Watson cognitive computing technology in the health care industry, caps $20 million in Series D funding secured by Modernizing Medicine and raises its overall funding total to $49 million. The investment also is the most recent technology that IBM has made through its $100 million fund to seed Watson innovations, which Big Blue announced when it launched the IBM Watson Group in January 2014.

IBM would not disclose the exact amount of its investment, only to say that the company was one of a few investors that contributed to the $20 million in the Series D round.

Modernizing Medicine is the creator of the Electronic Medical Assistant (EMA), a specialty-specific EMR system, and provider of comprehensive specialty-specific billing, revenue and inventory management solutions. More than 5,000 health care providers in the United States, including approximately 30 percent of dermatologists, use Modernizing Medicine’s platform. According to the recent 2015 Black Book Market Research report, the company’s EMA Dermatology solution ranked first overall in the dermatology space for the second consecutive year.

The funding from IBM and other investors will help Modernizing Medicine accelerate market expansion in eight medical specialties, as well as enhance and expand its suite of solutions. This includes further development of schEMA, the company’s mobile app accessed through EMA that leverages the cognitive computing power of Watson to give physicians rapid clinical decision support at the point of care. schEMA is able to analyze massive amounts of published, peer-reviewed medical data and health care research to help physicians practice enhanced evidence-based medicine.

“Modernizing Medicine is a great example of the breakthrough innovation we have seen from our partners who are building a new class of cognitive computing solutions powered by Watson,” Stephen Gold, vice president of IBM Watson, said in a statement. “IBM’s investment will help speed the introduction of their schEMA app and demonstrates how Watson can be used by medical professionals to improve how they practice evidence-based medicine.”

Available first in dermatology with future development planned for Modernizing Medicine’s other medical specialties, schEMA enables dermatologists to ask questions in natural language about possible symptoms and treatments, and within seconds receive an informed, evidence-based response—all without leaving the exam room. This is made possible by Watson’s ability to quickly query and identify relevant information contained in thousands of medical journals, research studies and other documents.

“Today’s announcement is a milestone in our journey to deliver specialty-specific solutions to health care providers, including an entirely new class of cognitive-infused patient care apps powered by Watson,” said Daniel Cane, co-founder and CEO of Modernizing Medicine, in a statement. “After being selected to join the Watson Ecosystem last year, we’re honored that IBM and our other investors are committed to our vision for schEMA and its ability to help physicians transform dermatology and other specialties.”

Developed by practicing physicians, EMA is an ICD-10 ready, cloud-based native iPad application built using structured data technology plus specialty-specific medical knowledge and workflows. The system is designed to accommodate the accelerated movement toward new quality-of-care reporting and outcome-based reimbursement. The schEMA app will be available on mobile devices including the iPad.

The medical community has been one of the first to partner with IBM to identify and create Watson technologies. IBM has been collaborating with leading hospitals and research organizations, including Memorial Sloan Kettering Cancer Center, University of Texas MD Anderson Cancer Center, Cleveland Clinic, Mayo Clinic and New York Genome Center, to advance Watson’s health care capabilities and transform how medicine is taught and practiced.

To encourage greater innovation in this area, IBM is pursuing direct investments in organizations such as Modernizing Medicine that are developing new cognitive apps and systems powered by Watson. IBM’s previous investments in the health care space include Pathway Genomics, a clinical laboratory that offers genetic testing services, and Welltok, a provider of health optimization solutions.

Earning of male nurses is more than female nurses: Study

According to the researches made on the functionality, it has been found that the productivity …