Obama’s administration created the ‘fracking’ rules, but oil industry aren’t happy with it. The oil industry use it for years and will fight for it. 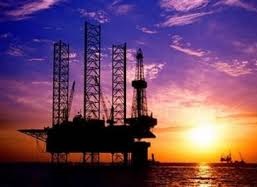 The Department of the Interior has issued new rules, regulating the controversial oil extraction method known as “fracking,” and it’s sure to reignite fierce debate on the issue.

Fracking has been around for many years, but the procedure has recently come under scrutiny because fracking has become much more widespread, with 90 percent of new land-based wells using the procedure according to government data as reported by the Christian Science Monitor.

Erik Milito, director of upstream and industry operations at the American Petroleum Institute, said in a statement that energy production has been falling on federal lands, and these rules will just make things more difficult for the oil industry.

He added that fracking has been under the “strong environmental stewardship” of state agencies, and there’s no reason to change things.

Previous Amazon got go signal from FFA to conduct testing DPD service
Next Family of Health Workers, who died due to Ebola gets $5k