Diet with Whole Grains and Nuts will help you to remember

Alzheimer’s disease is really bothersome for the elderly, but new study says that disease can be avoided if you include whole grains and nuts on diet. 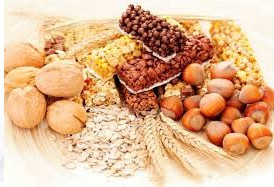 Professor Martha Clare Morris developed the plan at Chicago’s Rush University, believed that they found that people who adhered to the diet plan called Mind even sort of had a reduction in their Alzheimer’s risk, the Daily Express reported.

Every meal should have vegetables, berries, beans, whole grains, fish or poultry and olive oil, accompanied with a glass of wine a day, while fried foods and convenience foods should be avoided.

The diet combines the Mediterranean diet with one called Dash, which stands for Dietary Approaches to Stop Hypertension, and is designed to keep problems linked with high blood pressure such as heart attack and stroke at bay.

People are advised to snack on nuts most days, and have beans every other day, poultry and berries at least twice a week and fish at least once.