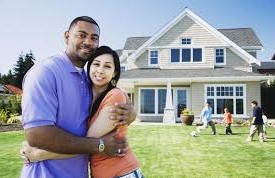 Though, the housing industry is recovering, the market is still in a negative equity.   Most homeowners owe more than what their home would cost.

The national negative equity rate, which had declined for 2½ years, stalled in the fourth quarter of 2014 at 16.9 percent, according to a new report from Zillow.

Negative equity refers to when a homeowner owes more a mortgage than the value of the home if sold on the market.

In the fourth quarter, the rate worsened in 21 of the nation’s top 50 housing markets, which includes Philadelphia, Boston and Houston.

Zillow estimated that more than a quarter of homeowners are underwater in the metropolitan areas of Virginia Beach, Va.; Jacksonville, Fla.; Las Vegas; Atlanta; Chicago; and Memphis, Tenn.

During most of the recovery, rising home prices and the completion of foreclosures pushed down the number of homeowners with negative equity from a recession peak of 15 million.

Now, however, many lower-value homes are losing value again, Zillow reported, and that’s what’s behind the rising rates of negative equity.

Zillow reported that the underwater rate for top value homes was only about 9 percent, compared with almost 16 percent for middle-value homes, and more than 27 percent for the bottom-tier home values.

The national negative equity rate, which had declined for 2½ years, stalled in the fourth quarter of 2014 at 16.9 percent, according to a new report from Zillow. (Washington Post graphic by Darla Cameron and Ted Mellnik)

In places such as Kansas City, Mo.; Cleveland, Atlanta and Chicago, more than 40 percent of bottom-tier homeowners were underwater, but 10 percent or less for the top.

This Friday, the Nasdaq Composite Index proves America can bounce back as it is just 7 …