Just about 40% of mature Apple iPhone users in america are serious in purchasing the Apple’s new Smart Watch, Based on a new Reuters/Ipsos survey. 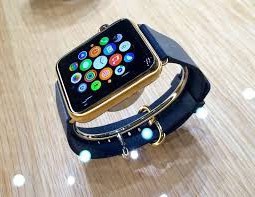 The high tech smartwatch, which will array in cost from $350 to $17,000 for an 18-karat gold model, is Apple’s first major new product in five years and consumer demand for the device is being closely watched by competitors and investors.

Owners of the iPhone are a particularly important market for Apple as it launches the new watch, which goes on sale April 24. Because the watch needs an iPhone to work fully, analysts say the most likely pool of initial buyers will already have an Apple smartphone in their pockets.

BTIG analyst Walter Piecyk said that with more than 100 million active iPhone users in the United States and closer to half a billion globally, the survey was “pretty encouraging” for a product that has not been seen in shops, even if was unclear how much of the interest would translate into purchases.

Pacific Crest Securities analyst Andrew Hargreaves said it was not clear how many people wanted or needed a smartwatch. But he expected Apple’s cache and marketing might to deliver strong initial sales of the Apple Watch.

Ipsos surveyed 2,469 Americans aged 18 and older online between March 9 and March 17 and found that 24 percent expressed an interest in purchasing the Apple Watch, including 10 percent of those describing themselves as “very interested.” The data was weighted to reflect the U.S. population and has a credibility interval, a measure of accuracy, of plus or minus 2.2 percentage points.

Among the iPhone owners, 39 percent were interested in purchasing the Apple watch, including 17 percent describing themselves as very interested. There were 788 iPhone owners in the survey with a credibility interval of plus or minus 4 percentage points.

Discussions about the watch have flooded online social media channels such as Twitter and Facebook since Apple held a splashy event in San Francisco on March 9 to showcase the watch.

Social media chatter about the Apple watch was 15 percent positive and 5 percent negative in the week following Apple’s event, according to an analysis that the firm Networked Insights conducted for Reuters. The remaining 80 percent was neutral. By contrast, the social conversation for Apple’s iPhone 6 (Review | Pictures) during the same week was 5 percent positive and 0 percent negative, according to the analysis.

Among the conversations relating to the Apple watch during the one-week period, 5.8 percent of the comments showed an intent to purchase, according to Networked Insights, which analyses tweets, public Facebook posts and other sources. Social comments about the iPhone 6, which has been on sale since September, showed a 2.9 percent purchase intent during the same week.

Apple is among several large tech companies looking to jumpstart a new market for “wearable” electronic devices. Samsung Electronics, Sony Corp and LG Electronics have all released their own smartwatches, many of them powered by software developed by Internet company Google Inc.

More than half of iPhone users in the Reuters/Ipsos survey believe that a smartwatch in the near future will be an essential gadget that’s as common as the smartphone, whereas 44 percent a broader poll of U.S. adults felt that way.

Finally, iOS 9 public beta is here. Know how to install it!

Sony has confirmed in a statement about PS 4 & PS Vita coming on July 21. It’s not a new EA title, by the way!

According to WikiLeaks, For a Mass Phone tapping, Indian agencies are seeking tech!